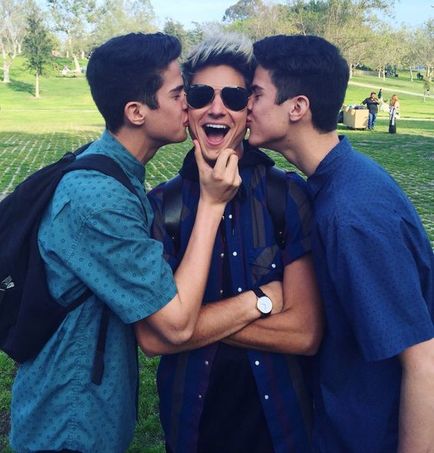 
No matter your gender or sexual orientation, dating can seem like a minefield. Sometimes we meet the wrong people, choose a bad venue or fall head over heels with someone who just wants to be friends. While the common dating ‘rules’ – not that I believe in rules – can apply to anybody, there are perhaps a few things we, as gay guys, need to pay a little more attention to.
Cast your net further afield
We can be a very picky bunch. We whinge that we can’t find the right man, or never get a second date, but the usual reason is we’re not looking hard enough in the first place. Whether we’re into bears, jocks or geeks, sometimes our narrow search criteria holds us back. Having fixed ideas of what you want – which usually boil down to looks and little else – could be standing in your way of meeting some great guys. It’s time to think outside the box, look past the beards or muscles, and take chances.
Be positive
Many guys are very clear in their dating profiles – almost rudely so – about what they don’t want or like. Not only is this far too prescriptive, you also run the risk of coming across as overly negative. Say what you like to do, who you want to be with, and why people should date you. A profile full of “not into” is off-putting.
Don’t fetishise
This is becoming a bigger issue in the gay dating world. All this liberation and equality is leading to increased bigotry among us. If you’re white, don’t say you’re “really into black guys”. What does that even mean? You’re objectifying a person with no thought for what else he might have to offer. You’re saying, “You tick a box, you’ll do” like they’re not a person, but a means to satisfy your kink. While you’re checking your racism, think about the way you talk to other guys who aren’t just like you. “Older men are really hot” is nowhere near as serious as racism, and it might seem like a compliment, but this guy doesn’t want to be defined by his age, any more than you’d expect someone to fancy you because of your postcode or shoe size. We’re reducing men to body parts and stats; we need to cut it out.
Avoid regular haunts
When you start dating, don’t go to places you bar-hopped during your bachelor days. You don’t really want to run into one of your old flames – or one of theirs – and it’s good to go somewhere fresh to you both, free of distractions or associations with other dates.
Forget their sexual past
Yes, plenty of us have been around a bit, but don’t let it play on your mind when on a date with a new guy. As far as you’re concerned, this is Day One – only wasteland came before it.
Don’t get hung up on tops and bottoms or everything in between
Yes, you know what you like, but if you’re looking for a relationship, it’s not just about what goes where and who’ll be standing on their head or whatever. If you like someone enough, open your mind to other possibilities. Don’t rule someone out just because you’re both bottoms, for example; nothing is set in stone.
Don’t dismiss guys you meet on an app
Not everyone on a hookup app is looking for sex and even if they are, who gives a toss? We are all grownups and it’s not how you met that’s important but the fact you did at all. Spare us your sanctimony, your grace.
If you just want sex, be upfront
Some guys are going on dates to meet the love of their lives, others aren’t quite sure what they’re looking for, while others are definitely after just one thing. This is fine – nothing wrong with a one-night-stand – as long as he realises that too. There’s nothing worse than a romantic evening followed by a great night in the hay, which leads to unanswered texts because you couldn’t admit you were only ever looking for a one-off. You might not care, but consider your date’s feelings too.
Get rejection right
Rejection can be a useful experience because it teaches you a bit about yourself and the guys you’re dating. Rejecting someone because of their appearance is only natural, but they don’t need to know that’s your reason. “There was no spark” usually suffices if you can’t think of anything more constructive, as people rarely questions it.
If you both feel a connection and want to have sex, go with the flow
We place a lot of importance, misguidedly I feel, on not having sex on the first date. Whether we’re reluctant to perpetuate the stereotype that gay men are promiscuous, or tell ourselves boys who give it up on the first date are less desirable, we certainly think too much about this one. The idea that men who put out aren’t good enough to take home to meet our mother is nonsense. If you feel it between you, then go for it. Sex alone won’t ruin everything, believe me, plenty of other things can go wrong.
The Date Gay Man has been writing about gay dating since 2010 and is also a columnist at Gay Times Magazine.
For more gay dating insight from The Date Gay Man visit his website and put his words into practice and meet someone new on our gay dating page.
Join For Free
IOS APP
Android APP